With the Wimbledon frenzy around, timing was perfect to add a tennis player to my portfolio of work. I recently went out and captured some tennis court backgrounds, in preparation for this shoot.

I wanted to get a local court with natural surroundings rather than Wimbledon (:) ), similiar to some of the PRO FOOTBALLER backgrounds I use and this was perfect. However as you'll see in the out of camera shot, the court was one of a couple side by side, and when I opened it up on the pc, I didn't like the surroundings on the right. So to fix this I had a play around in photoshop and created a mirror of the left side and combined the two. Whilst the angles and perspective aren't quite perfect, you'll see from much of my work, I've never got a problem bending reality a little.

I purposely went for a little more vibrancy knowing that when I capture the player, I want colour to pop a bit, v's removing some of the saturation as I often do for other projects.

See the out of camera picture, then the final background: 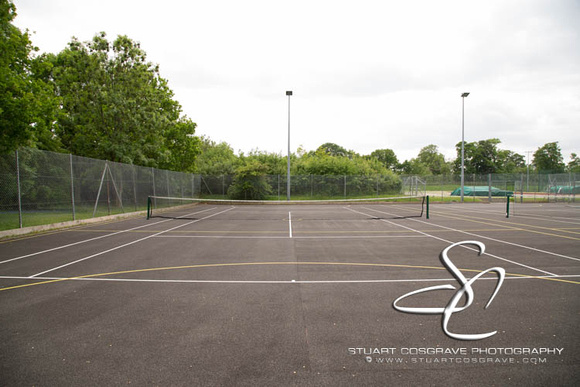 Same image with some colour and sharpening processing applied: 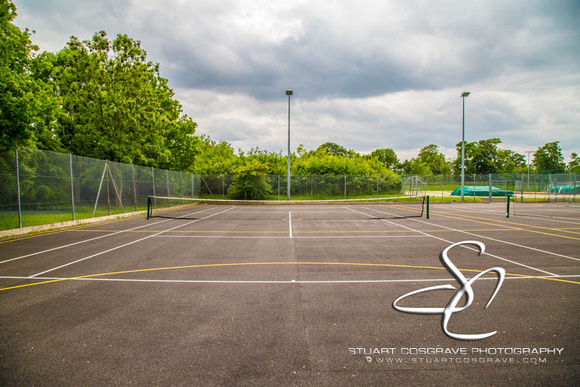 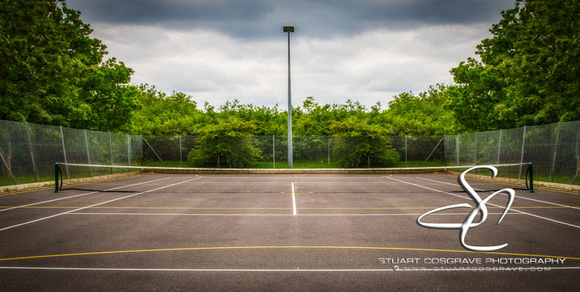 Now for the player. This is actually just one of several shots I captured, so you'll likely see some others soon, particularly as I want some with more action rather than the posed look. That said, I was really liking the attitude in this one. Most of the time, I'm creating backgrounds and the subject, combining both at the same time, however here, the background was already done, so my focus was on cutting the player out, retouching just the shadows, highlights and eyes, and then dropping into the background. Placing wise, I tried him in the left and the right to focus on rule of thirds a little bit more, but the impact here was all in the middle, and I liked the finished results. Apart from some small colour amends to help blend him with the background, and a touch of sharpening, I didn't do too much with this. 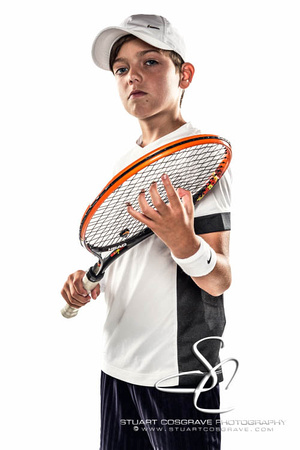 You can see the larger version by clicking here.

I have a load more tennis backgrounds, so if you or anyone you know might be interested in one of these pictures, feel free to get in touch.