Getting this in before the Halloween weekend begins. I don't get into the Halloween hype at all, but, a few years back I messed around with a picture of my son, making him look a bit scary, much to my wife's delight, and whilst she didn't like the results, it was a great opportunity to mess around with some different processing and photoshop techniques.

Here is that picture: 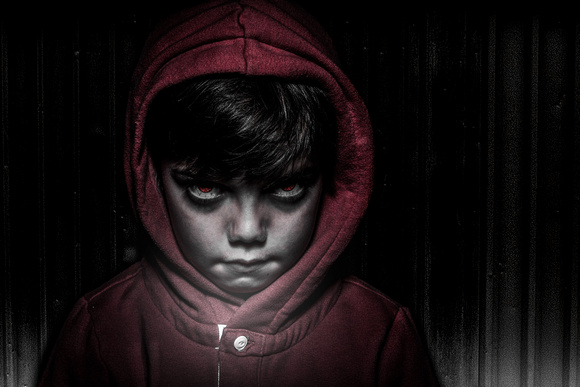 So this year, I thought I'd use Halloween as an excuse to create a new scary picture. Again, mainly as a project, to have some fun and practice things in photoshop. I've had this picture in mind for a while. In fact, since April, as that's when I photographed this background. I drive past this location every day, and have often thought how different the tree's look, and with the right toning and processing, could look a bit creepy and add some some suspense and intrigue to the picture. So I went out and took this shot knowing that at some point, I'd add a character into it. Of course, just my luck, some friends of mine drove past me that day wondering what the hell I was doing creeping around the woods early in the morning!! Any way, here is the original out of camera picture... 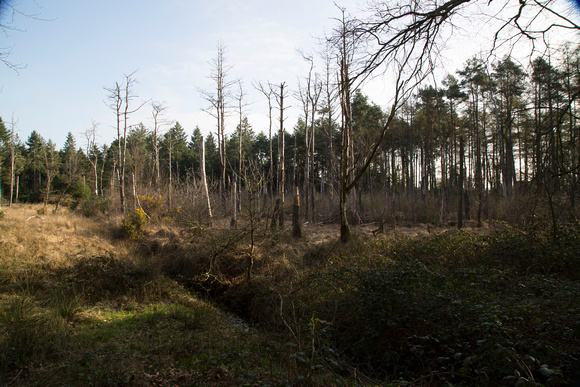 For the subject, I asked my mate, Shannon Milton if he fancied helping me out with the picture. He's a barber and I've worked with him in the past creating this portrait which is still one of my favorite ever pictures. 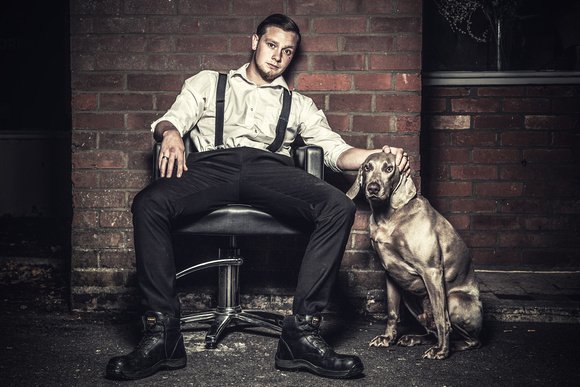 He was happy to help, and as it turned out, he had bought the scary silver skull mask for the barbershop, so I suggested he bring that aswell and we'll see what we can do. Normally for shoots, there is the warm up phase, where the subject is getting used to posing, I'm tweaking my lights etc. Sometimes people don't need that warm up time, and the following picture was the first click of the shutter I made, and I really liked it, so thought I'd share. 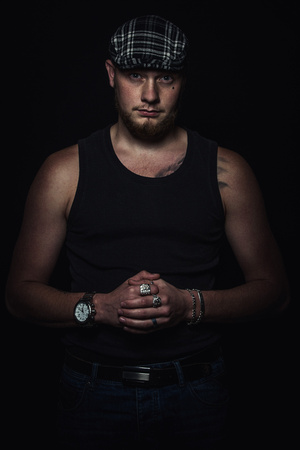 Back to the Halloween picture......we then got Shannon into character with the mask and a black sheet I had lying round. Here is the out of camera picture which looked pretty good as is. 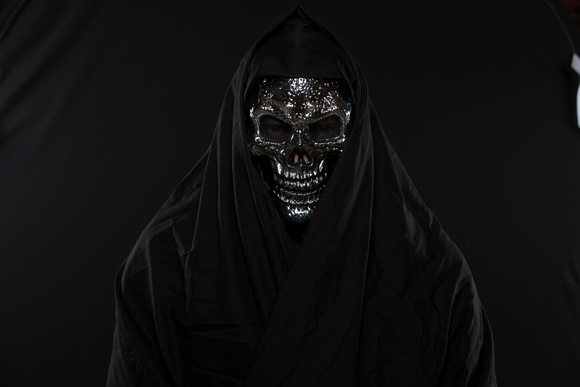 Now onto combining the two.  I played around with the positioning, and whilst a lot of my work reflects the rule of thirds, a lot of it doesn't. I know it's breaking the rules, but I prefer to focus on what looks right, feels right and what I like. However, putting Shannon in the middle of this blocked some of the crooked eery trees, which I didn't want to lose, so in the end, applied the rules anyway.

Then onto the photoshop fun. I could ramble on for a while talking about what I did to this picture, but instead, given it's halloween, I thought I'd create a very short video showing the before and after's, and steps in between. Make sure you watch closely, as some of the changes are subtle. I hope you enjoy. You can see a bigger version of the final picture here.

You can catch other video's I've created on my website by clicking here and if you want to be part of a concept shoot like this, whether for a crazy scary halloween picture, or for anything else, feel free to get in touch. I'm always keen to talk ideas.