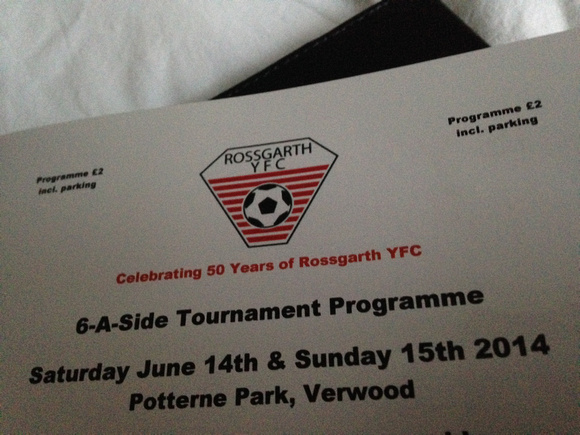 Hope everyone had a good weekend. You'll of seen me posting on Facebook some pictures from the weekend where I sponsored Rossgarth under 8's at the Rossgarth Youth FC football tournament, and for the first time, set up a stall (make shift style) to show my PRO FOOTBALLER work and see if people were interested, and I'm pleased to say they were. 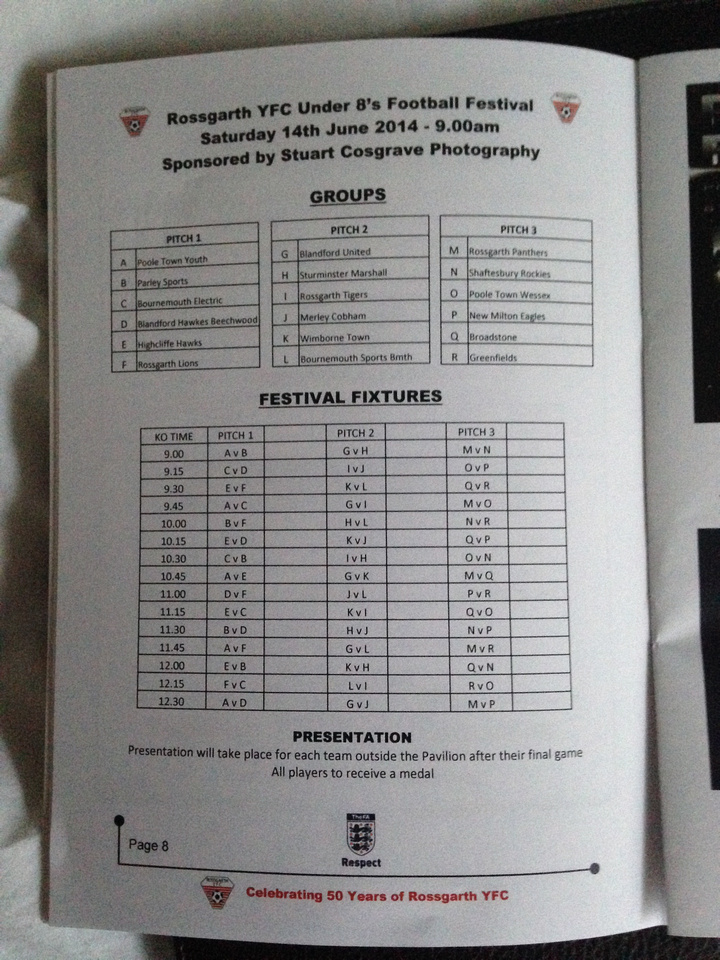 The programme had my PRO FOOTBALLER advert in there aswell which many of you will recognise: 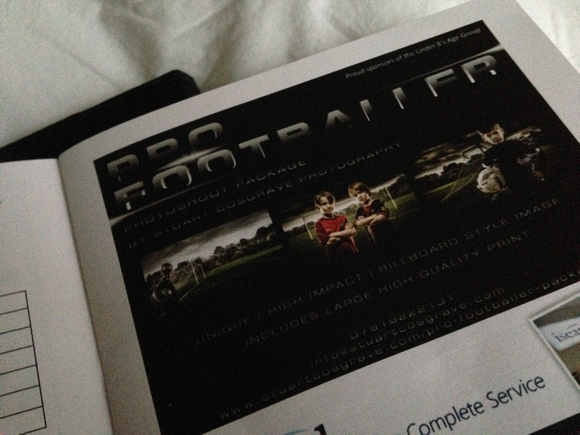 I met many people over the two day's, families, footballers, football managers and all of the Rossgarth managers, organisers etc which was great. One of the highlights was meeting a Gran who had been given one of my PRO FOOTBALLER shoots as a Christmas present a couple of years back, and whilst walking past said that the other work I had on show looked like one she had been given. I over heard this and we started talking. Below is one of the early PRO FOOTBALLER shots I worked on, and one I love for the fact it's a bit closer to the boys and I loved the pose and look these guys pulled off. This shoot was all planned by Ryan and Luke's uncle who is a friend of mine, but I never got to meet the boys mum or Gran so this was great. In fact, once I met the Grandparents, they told me Luke was playing at the tournament and made sure both boys and their mum stopped by the stall to say hello aswell. 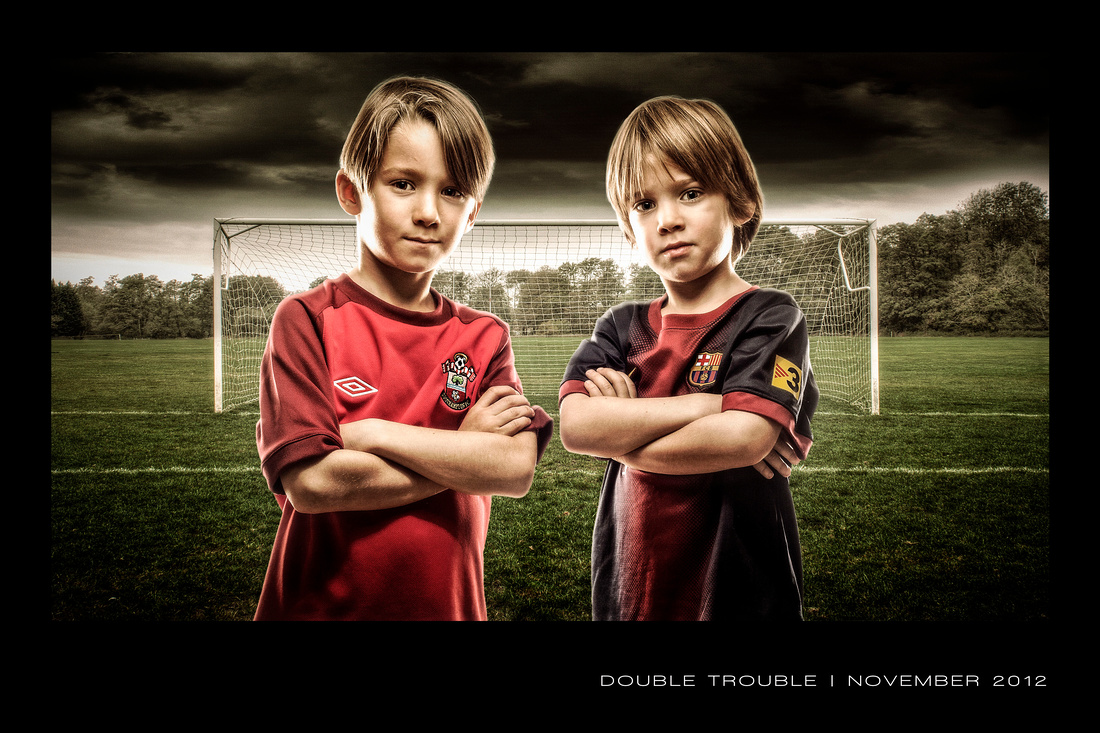 Putting the stall together was a first for me and I have to give a mention to my mate James Ashby (Donation Boxes.co.uk) who pulled some magic out the hat late on making a sign for me. Also to my mate Chris Parkinson who got hold of the display stand and board by pulling a few strings. Knowing people at these tournaments are willing to stop and show interest in the PRO FOOTBALLER shots means hopefully there will be a next time, and when there is, I'll do the stand, signs and marketing with a little bit more style! (below is an iphone picture of the stand sign in place in the back garden one evening last week when testing everything out. 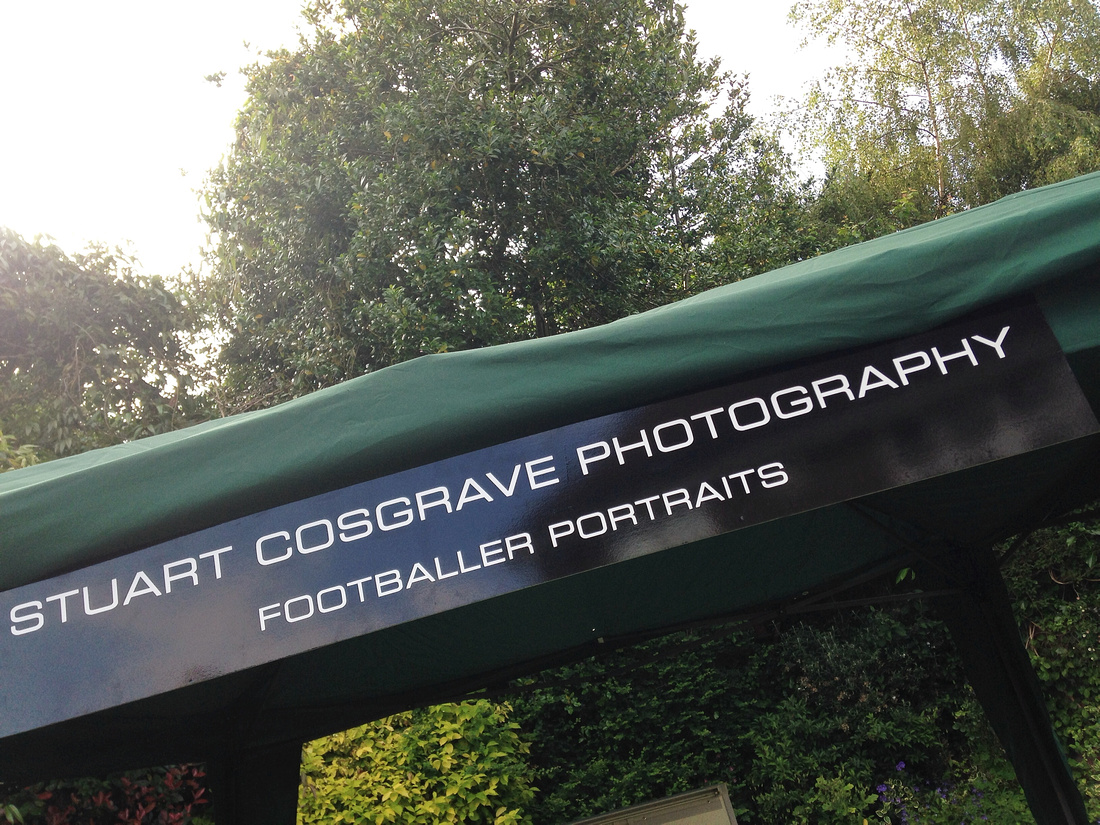 Both days meant early starts getting the stall up and running. On the first day my son was playing in the tournament which was a bonus, not only so I could enjoy watching him play, but so I could get him up early and down there with me to help set up:) 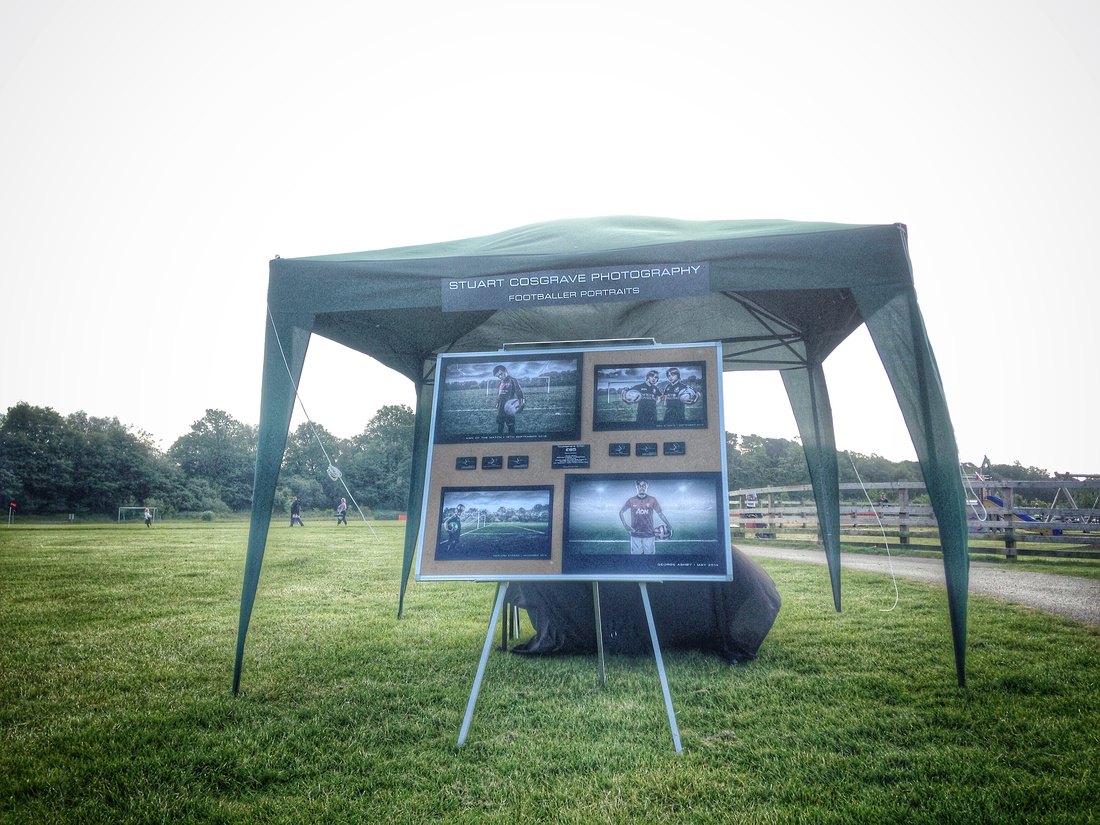 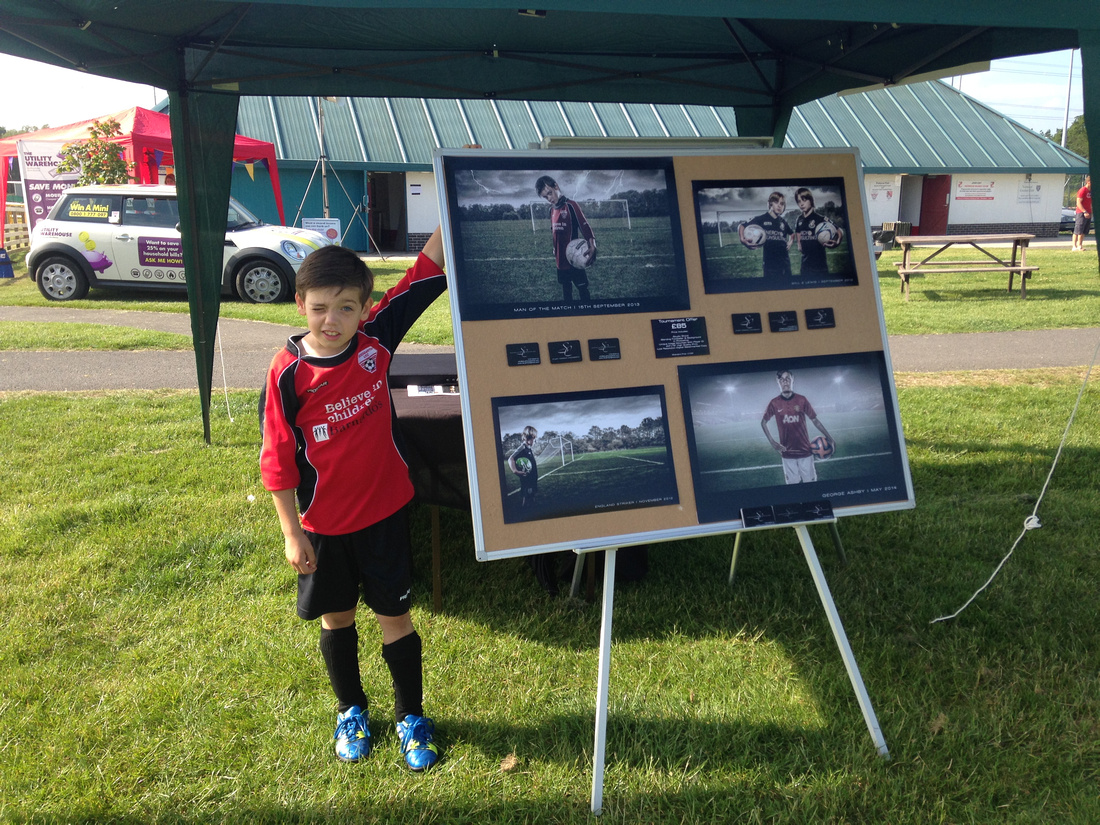 Here are a couple of shots of Ben in the team winning his medal and then one with all the under 8's who I sponsored and the managers....

Yesterday being Father's day meant all the kids arrived at the show to give some support which was a nice surprise. (am sure the sweet stalls had nothing to do with them coming down...my wallet was definitely lighter by the end of the day :)) 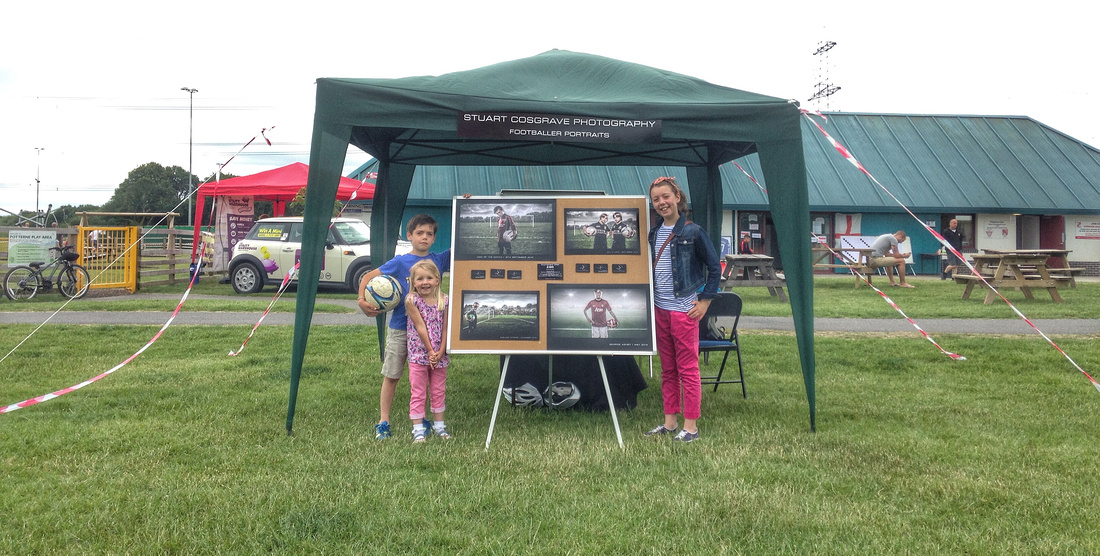 All in all, I really enjoyed the weekend. It was great meeting so many people who I hope I'll meet again.

Thanks for stopping by!