You may have seen these shots already over on my facebook page, but I wanted to share some before and afters for some recent footballer portraits of a friend of mine Luke that I've put together using the recent stadium backgrounds I shot at AFC Bournemouth. These have been added to my sports and PRO Footballer portraits so be sure to check them out.

So first up, I wanted to try and shoot a real widescreen shot capturing one side of the AFC Bournemouth stadium which included the floodlights so I could add some fake lights and rays to enhance the image a bit, add more impact etc.

Luke out of camera:

I also captured a background of the exact same side of the stadium, but at an angle which I thought adds an interesting perspective and feel to the image. Particularly where I could add some clouds to bring some drama to the shot. Luke out of camera: 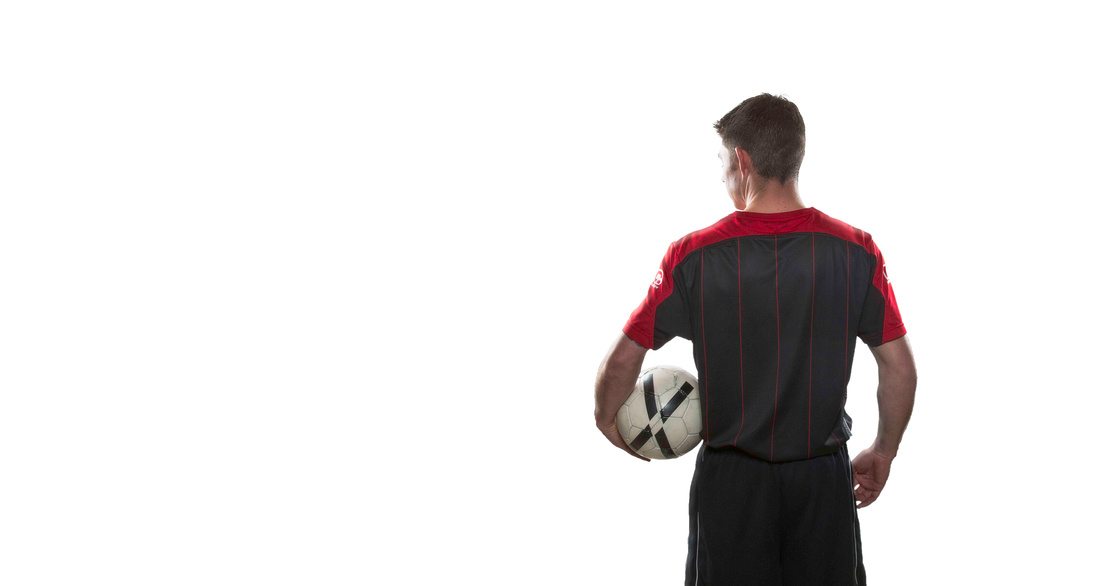 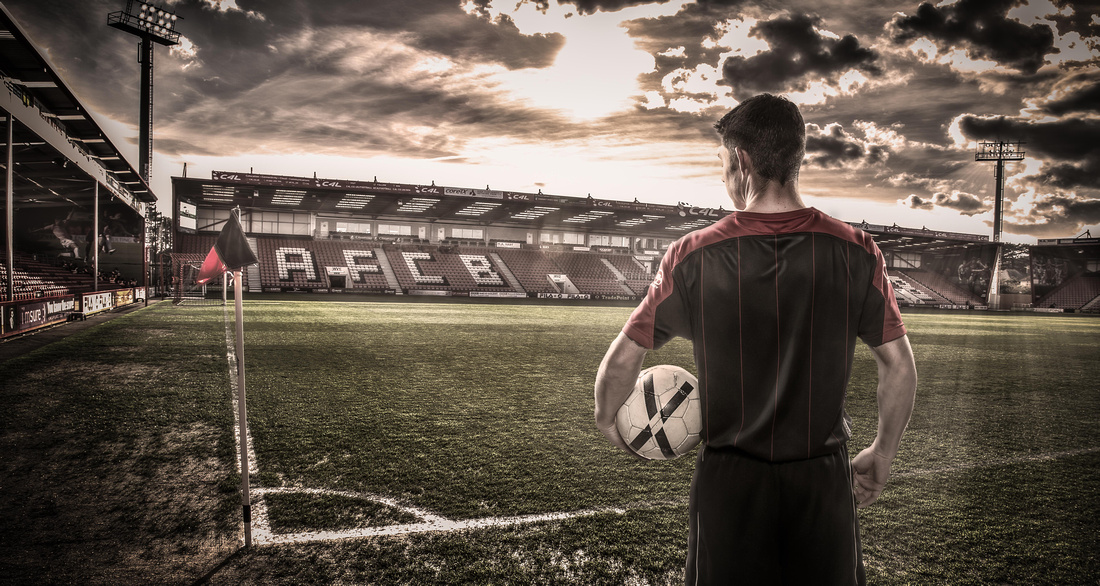 Combined final image version 2 (which ended up being my favorite) 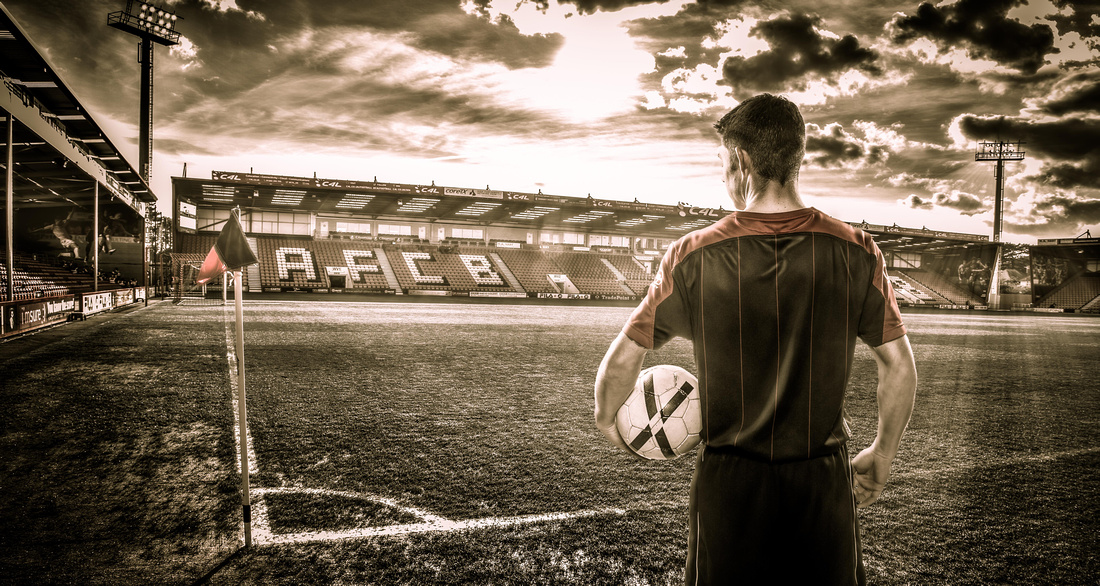 I've got more shots to work through of Luke so keep an eye out. I'll also show a before and after for another shot of Luke wearing the England kit next week.

Thanks for reading, have a great long weekend.