You will have seen a few different rugby shots over the past 6 months where my mate Andy was happy to do some posing for me. This composit is the last of the shots that I wanted to try and do something with.

Here is the original shot. I used a 3 light set up for this, a beauty dish at the front powered right down giving just a bit of light, and then two soft boxes at the sides which were the main lights giving a nice rim light on the arms, face and some of his back. 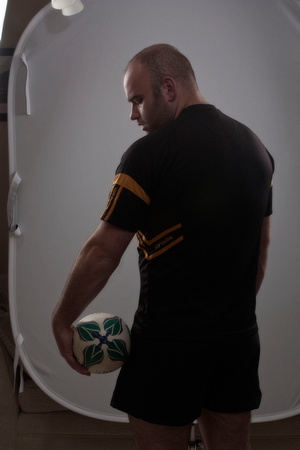 I wanted to do a background made up of clouds so used the following pic: 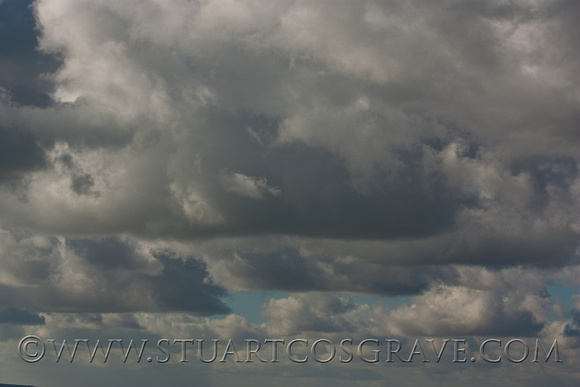 I put Andy into the background, tinkered a bit with the perspective and width of the clouds shot, added contrast and a bit of retouching to bring out the highlights and shadows and ended up with the following image which I thought looked pretty cool. 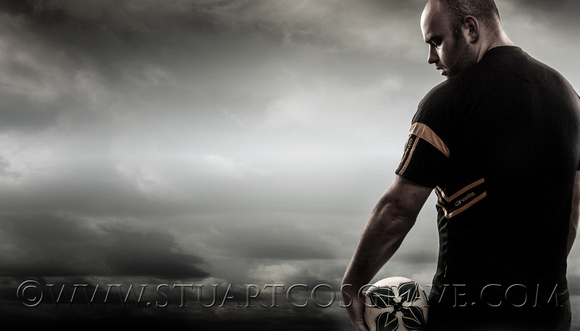 One of the presets I have in the photo editing software I use looks very similar to the colour effects used in the movie 300 so I figured I would see how close I could get to achieving similar with this shot. Here is the final version: 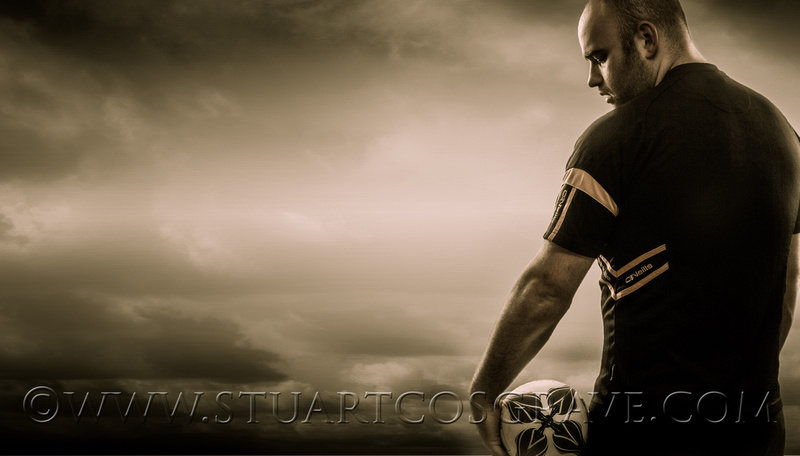 Thanks for checking in. I'll have another before and after to show here on the blog soon.