Last year I messed around with a picture for Halloween and never really showed it given the subject was my son, and my wife didn't like what I'd done to him. A year on, and I added it yesterday to the banners on my google + and facebook pages and a few people quite liked it, so I thought I'd show a quick before and after and talk about some of the effects I applied.

The big bonus with this shot, although not for my son, was that he was recovering from a bug, so had had a fever, was really tired, washed out and pretty moody. Perfect combo for a moody scary Halloween shot. (You can imagine how pleased he was when I suggested trying out a few different lighting setups and photos with him).

Anyway, I used a black background for this shot and a single strobe facing him directly. Normally I'm using a beauty dish or soft box, but here I used a Reflector and Grid to create a very narrow light directly on his face and then to have the light fall off very quickly. I also didn't want any light spilling onto the background, so kept him a good distance away.

Here is the shot straight out of the camera. If you look close, the poor boy has dark bags under his eyes where he was so tired, and he even had blood shot eyes which did me a favour and saved me having to add these in. 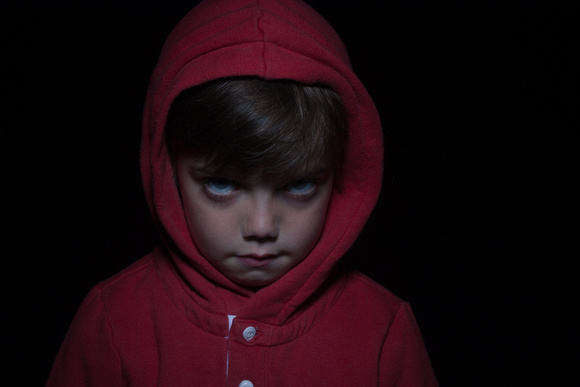 The background I used was the back of a local football stand which was a light beige colour, however where I overlayed this onto the black background, it become very dark and added to the effect. 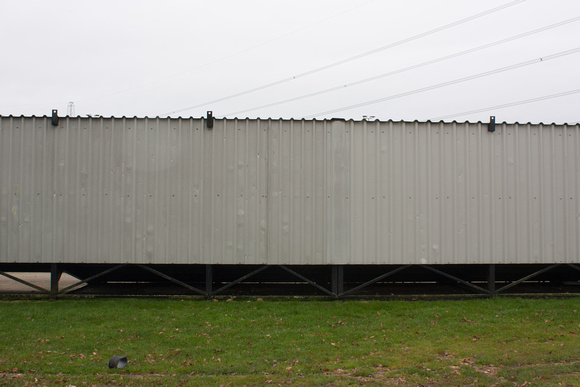 I then painted his eyes red, made the veins stand out a little bit more, and added contrast and shadows to his face and created a fake light spot around his mouth and jumper. I remember this look from the Blair Witch project with the torches in their faces when they were talking etc. I also added a very light hint of red in his skin to add to the theme of red throughout the final image. (Larger version at the bottom of the post) 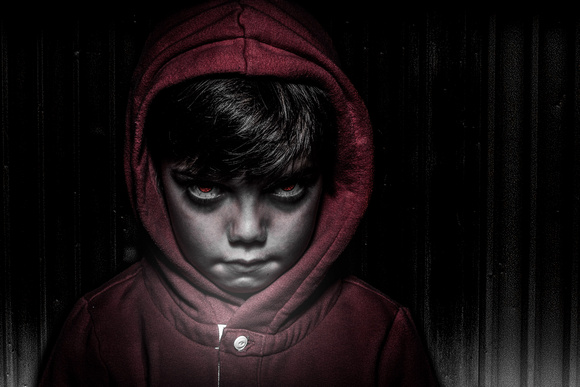 We don't get into Halloween in our house, apart from loading up the treats ready for the knocks on the door. This, like many of the projects I do is to learn new things, to be creative and produce something different. I need new subjects for another Halloween personal project ready to share this time next year though, as I've been told I'm not allowed to do this type of thing to any of the kids again!! Any one interested, give me a shout :) 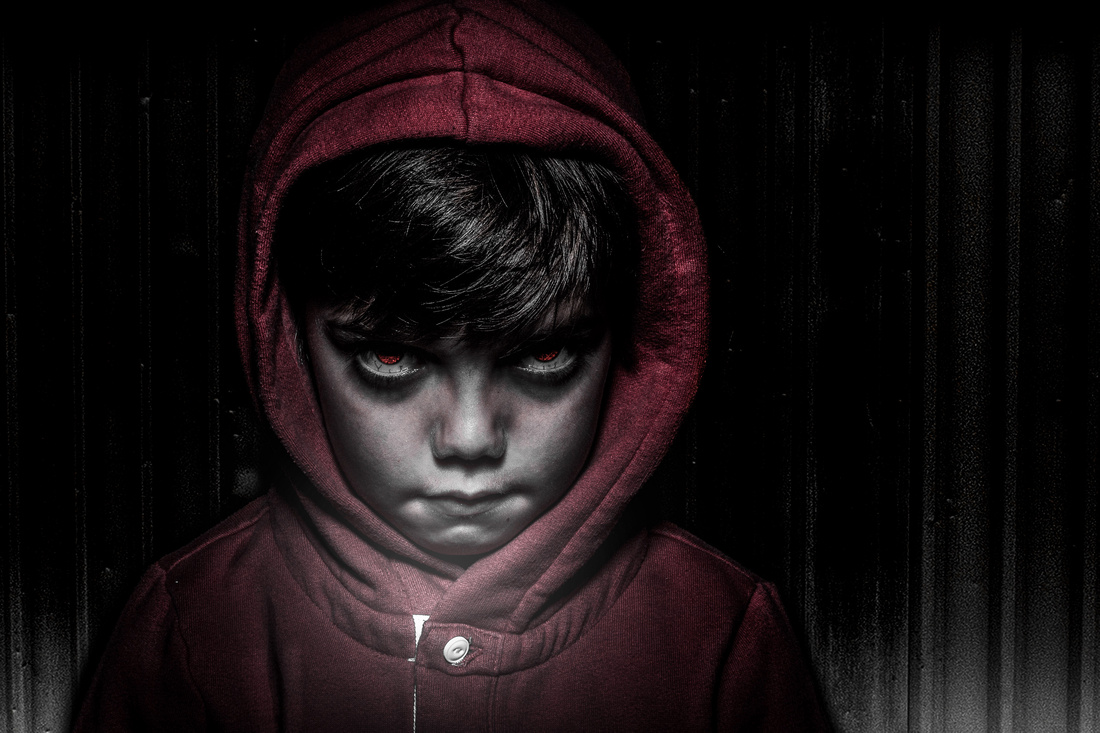